Discussing the general structure of the main character (Sasha) tennis season: why she plays tournaments, how we should form the tournament schedule, what are low/high/ultra-high risk approaches to tournaments chain building etc.

So tomorrow, May 15, our main hero, Sasha, departs for Sibenik – to start a series of three consecutive events:

But why these tournaments? How the tournament schedule is formed? What factors should be counted in to compose a perfect schedule? How OLI holders can participate in the process?

Let’s learn it together step by step. In this article, we describe the very basic concept which needed to be understood to proceed further: “4 tennis career stages“

There is pretty much a consensus of what should be marked as a crown of a player’s pro career: Grand Slam win and/or #1 position in WTA ranking.

It is also quite simple to define when any tennis career begins: with the first match played on a pro event.

But what lies in between? It is vital to define & structure this – as it is much easier to go through the jungle if you have a roadmap.

Stage 1: SWAMP. Starts from the beginning of the pro player’s career, ends around 350-450 WTA. Most of the players who started to play professional tennis unfortunately will never go out of the swamp. Playing here suggests the same physical & emotional loads – but with much less rewards, therefore fewer opportunities to build a professional team & processes around a player. Yes, you can survive constantly playing in the swamp – but neither your game nor your career pathway will be optimal.

The primary goal at this stage is obvious – go out of the swamp, as soon as possible! Otherwise, there is a pretty high risk for a player & their team to be exhausted physically, mentally, financially, get an injury, decrease in motivation, lost confidence etc.

Stage 2: BUIDL. This stage starts from around 400 WTA rank and goes to approximately 200-250 ranking position. Being there, a player can maintain a normal level of tennis & general life – no more hard sacrifices, living in cheap hostels, stealing food in all-inclusive tournament venues etc. The biggest risk here is… acceptance: “my life is OK, so why want more?“.

The most interesting thing is that 90% of female players who enter the BUIDL zone by their own efforts (not by wild cards or huge financial inputs), may progress higher as the SWAMP stage gave them tough & useful school. So basically, switching from BUIDL to higher stages is more personal choice of the player & their management.

Why called “BUIDL“? Because the primary goal at this stage is to build a TOUR team around the player: it is not enough to have a good coach, conditioning coach, or physio in their hometown. They should travel together, cause in average WTA player spends 9-10 months in a year on the go.

Stage 3: ATTACKING. This is the most challenging & demanding stage – as odds are very high. If successful, players (their team, investors, OLI holders in our case) can harvest benefits for years, as it’s literally much, much harder to enter the next, top stage than to stay there.

To effectively attack, there are two main requirements:

1) high-professional team built around the player;
2) player is healthy.

If secured, the player will enter top-100 with a very high probability.

Stage 4: HARVESTING. Being in top-100, players earn at least $200k per year for playing the 1st round of Grand Slam events (in case they lost all matches). Count here also doubles & mixed doubles of Grand Slams, as well as many WTA & ITF events throughout a year. Those numbers are less juicy if you note that players are independent contractors, so they cover all the costs themselves – but anyway, harvesting is the time when all the participants of the tennis process get most of the returns of their investments.

One more interesting thing that the current WTA/ITF point system protects players who are already in top-100. In other words, staying in top-100 is much easier than entering here.
** 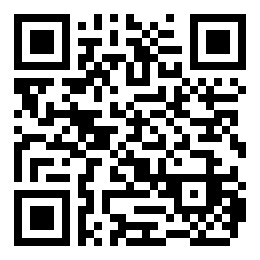 Contribute Ethereum to this address

Scan the QR code or copy the address below into your wallet to send some Ethereum. All contributions go to OLI Reserve - managed & supervised by OLI Token holders.

Use your MetaMask wallet to contribute to OLI Reserve now.

Contribute Binance coin to this address

Scan the QR code or copy the address below into your wallet to send some Binance coin. All contributions go to OLI Reserve - managed & supervised by OLI Token holders. 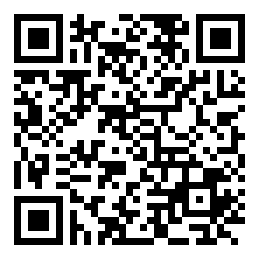 Contribute Bitcoin cash to this address

Scan the QR code or copy the address below into your wallet to send some Bitcoin cash. All contributions go to OLI Reserve - managed & supervised by OLI Token holders.

35% of Russians believe that the Sun revolves around the Earth (official poll made by Russian government news agency).

65% of them think that it revolves around Russia.

And 148% more know exactly that it revolves around Putin.

Short & unexpected vacation in the middle of the tennis season. Just to say Hello! to the sea & beach for the couple of days.

I am NOT "sponsored" by Bitcoin Cash.